Why we often misunderstand the words “lead” and “follow” 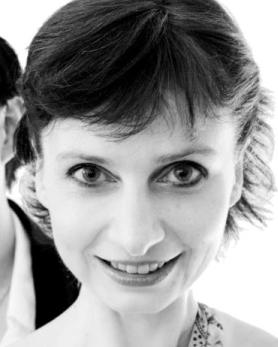 My favorite trick to play on a beginner student is to lead him to walk while touching only slightly or not at all. His utter amazement at me (tiny woman!) leading him (a big and clumsy man!) to move in the direction I want points to the “magic” of tango.

Why we often misunderstand the words “lead” and “follow”

In my years as a dancer and teacher I heard a lot of critique on the English terms “lead” and “follow” and their derivatives in other languages. The dictionary defines “ to lead” as “to guide on a way especially by going in advance”, “to direct on a course or in a direction” and “to serve as a channel for something”. The verb “to follow” is defined as “to go or come after or behind (someone or something)”. As you can see, in their general sense those words describe quite precisely the roles in tango and are devoid of any emotional connotation. Yet, many people dislike them.

Social tango is a dance of IMPROVISING TOGETHER, is it, in a sense, a conversation between two people. As in any conversation, someone has to start and the other to join in. In other languages the word “leading” is sometimes replaced by “guiding” or “marking”. All terminology points, however, to the basic concept of “proposing a direction” for the leaders and “going in the proposed direction” for the followers.

Put simply, the leader in tango is responsible for the couple’s movement in space. He proposes a pattern, a certain “design”, and gives enough information to the other person to be able to follow. Leading is about DIRECTION. The follower’s role in tango is to feel the proposed direction and to go there actively, without hesitation. Following is about TRUST. This is why many teachers, sick of the lead-and-follow confusion, use the words “proposing” and “responding”. However, to me the words “lead” and “follow” are more apt to express the roles. A good leader is not solely proposing something, he is responsible for the couple as a whole, he will decide where and how to go depending on the circomstances and, not unimportantly, on the follower’s abilities and characteristics. Following is not merely responding to a suggestion, it is about carrying out the movement, fully expressing yourself, your own musicality, your own energy within a given pattern. In the interplay between the two roles there is also a paradox: once the follower has understood the direction and speed, she “leads” the couple by the simple act of moving, while the leader “follows” her in order to keep the connection.

When a woman comes to tango, very often all this is not clear to her. The word “follow” in its “obey” connotation is revolting to any modern, independent, let alone feminist woman. When the teacher tells her to “stop thinking and start following”, the confusion is complete. The real message is to let go of rational interpretation and to trust the invitation to move. The woman understands, however: “I have to become a passive non-thinking object that the leader will move around” and therefore has two options. Either she becomes an object or she revolts, which is equal to saying “I can only have a conversation with you if I am the one talking”.

When a woman chooses the “obey” model, what happens is that she starts waiting for the leader to indicate the way from the beginning to the end of her movement. This makes her slow, so the only choice the leader has is to either stop dancing or to use force to move her around. This establishes a vicious circle: the less the woman moves, the more the man pushes, and the more he pushes, the less she is compelled to move. This way of following is like going on a walk with a friend, but expecting your friend to tell you where to put your foot at every step. When a woman chooses to become a passive object, she condems her leader to a life of moving furniture. When a leader mistakes his follower for a piece of furniture, he condems himself to being refused by the majority of available dancers.

In truth, following has nothing to do with passivity, just as leading has nothing to do with force. Following is a very active role, ever-ready, ever-flowing where there is available space, ever-listening and ever-reacting, always open to impulse and suggestion. It is like being a river: as long as there is space to flow the river will flow, it does not need anyone to push it. To follow means to suspend judgement, to trust where the other person is taking you and to GO THERE with your whole being, in your own way, expressing yourself in the movement. Following is a choice, it is about collaboration. If I choose not to follow, to move me a man would need to knock me over.

My favorite trick to play on a beginner student is to lead him to walk while touching only slightly or not at all. His utter amazement at me (tiny woman!) leading him (a big and clumsy man!) to move in the direction I want points to the “magic” of tango. Leading is not only about showing the way, it is also about using the other person’s willingness to move for your creative purposes. Many teachers like to compare leading to driving a car, and if I got money every time I was called a Ferrari, I could probably afford one by now. I often say that leading is like playing with a child. A child has his or her own energy, will and ideas on what s/he wants to do. The trick is to lead THIS child into playing WITH YOU.

Another reason why we often confuse “lead and follow” with “order and obey” is because both are expressions of the same energies, which, for the sake of simplicity, I will call “masculine” and “feminine”.

(This point and the following paragraph have raised quite some discussion and it was pointed out, and rightly so, that calling these energies "masculine" and "feminine" relates them too much to biological sexes or gender. This is not my intention, as I see these energies as separate from biology. It is also true, however, that it is too simplistic to explain things with just two main energies, and that we as humans are more complex. I agree. The following paragraph is what I myself have been thinking so far about the two roles in tango and the two energies, or qualities. I am aware that I might be completely wrong here.)

Masculine energy is the energy of DOING. It is about acting, going, exploring, creating, destroying. Leading is a healthy expression of this energy, it is about having goals, steering, chanelling, responsibility and navigation. Feminine energy is the energy of BEING. It is about flowing where there is available space, filling it out, settling into it, it is about intuition, feeling, trust, giving birth to new things and transformation. One of the most beautiful aspects of tango is that it allows these two energies to express themselves while playing with each other. Yet, as a true leader, you will need of “drop” of feminine energy in you and as a true follower you will need a “drop” of masculine energy. Why is that so? Because, when taken into extremes, these two energies become about “order and obey”. Masculine energy at its extreme results in violence and feminine energy in total passivity. The first creates a macho and the second creates a princess. In dance it means that a man squeezes a woman in his arms and drags her around the dancefloor, while she pedals quickly with her feet to avoid being run over. It is how tango was often danced when I started learning it. In those days the popular saying was “every mistake is the leader’s fault”, which I found a curious statement, for if it was true, I thought, then the leaders would be happy to dance with just anybody. Yet it was obvious that the leaders preferred to invite followers who danced well. You will, alas, still see the “macho/princess” way of dancing in many places you go to, but it is important to understand that the problem is not in the words but in how people interpret them. The words are quite perfect.

Each of us has both energies, masculine and feminine, and their balance is not only different in every being, but in every situation. When I lead, I express more of my “masculine” energy; when I follow, more of the “feminine”. A woman who likes to lead is not necessarily a militant feminist, she just likes leading. A man who likes to follow is not necessarily submissive or a homosexual, he just likes that particular state of being that following induces. If you prefer different words, then choose the ones you find more fitting. In the end it is about how you apply them in your dance that matters.