Little handbook of the invitation by the mirada 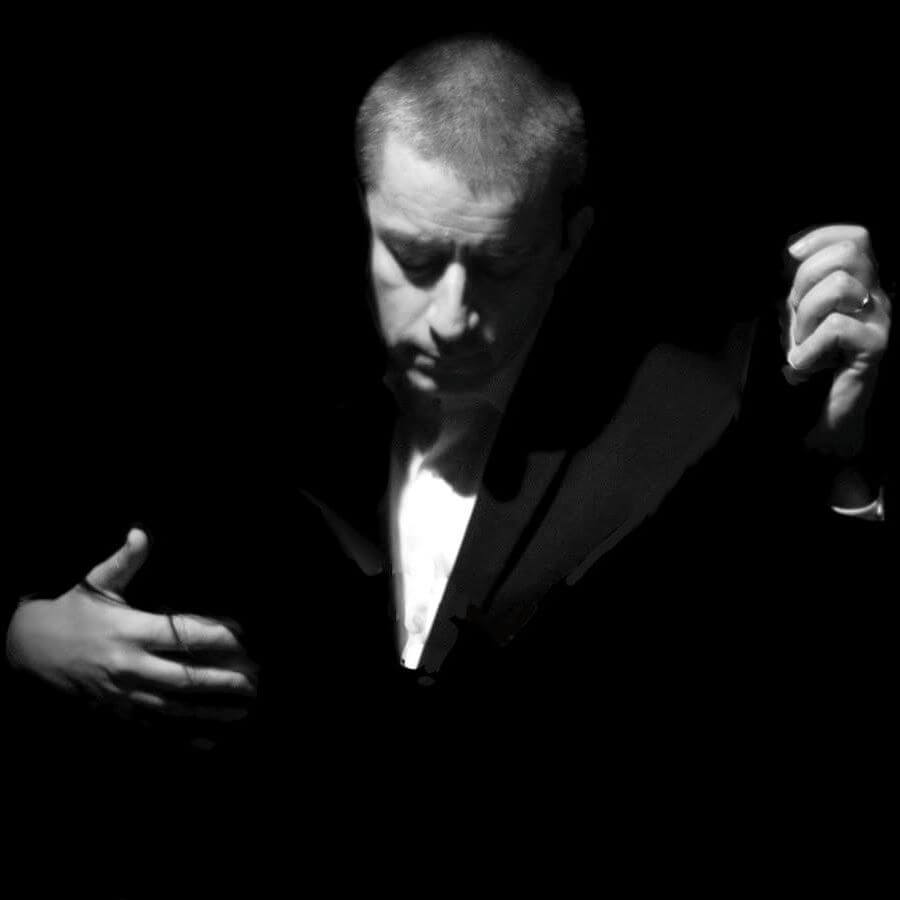 What you always did want to know about the "mirada" without ever daring to ask. I see there are a lot of popular (and false) beliefs surrounding the invitation by the "mirada" in tango and that this is always a controversy, particularly in a context where women are having hard time inviting.

Little handbook of the invitation by the mirada

I see there are a lot of popular (and false) beliefs surrounding the invitation by the "mirada" in tango and that this is always a controversy, particularly in a context where women are having hard time inviting. I am trying to explain here the social response that has been invented to solve this thorny issue.

The problem to be solved can be formulated as follows; it is about designing a system that is:

Invitation with the mirada

The procedure that has been invented is based on the "mirada" and takes place as follows:

This is (roughly) how it works. It can be seen that such a system meets the objectives originally sought:

The system does not remove the pain of refusal, though. But this is another story that everyone has to manage personally... This system may not be perfect, but it seems to me that it is optimal.

It should be noted that this type of invitation is designed to facilitate... refusal. This may seem odd for a system that is interested in producing an invitation. But thinking of it, one understands that there is a search for the quality of the acceptance. Indeed, favouring the ‘No’ means that the ‘Yes’ will be of good quality: genuine and shared, which bodes well for the exchange that is going to happen in the tanda to come. In fact, practicing the "mirada" is a manifestation of the search for quality in dance.

To go a little further into the subtlety of the system.

The "mirada" is only a part of the procedure. To fully succeed, there is a "before" and an "after".

It is appropriate to position oneself correctly vis-à-vis the invitee. It is better to face him/her and avoid enfilade which are prone to generate duplicate invitations (see problems below). That is why men and women are positioned across the room in Buenos Aires. And this should also be so in milongas where this type of invitation is to be promoted.

The man must approach the woman without entering too close into her neighbourhood (and without trespassing into the dancefloor…). She waits for him and then joins him. Throughout this journey, it is crucial that the man does not take his eyes off the woman to avoid the invitation theft (see problems below).

The man is supposed to escort the woman where she wants to go, usually back at her table. We don't drop our partner in the middle of the dancefloor like a used Kleenex: a little bit of respect and elegance doesn't hurt. (Unless she expresses otherwise).

The procedure must be performed correctly to avoid a number of potential problems:

The cabeceo without "mirada" (or double "mirada" of the women)

Sometimes the man thinks that the "mirada" is for him whereas it addresses his neighbor. In such a case, the women must respond negatively to the cabeceo by looking away. The man who received such a refusal - when, logically, the agreement seemed to have been already established - must then understand that there is an error on the person and withdraw to leave the field open to the woman and "the other person” who must be in his neighbourhood, usually behind or next to him.

If he identifies the lucky one but who does not seem to see that he is subject to a "mirada", he must NOT draw his attention to the fact because perhaps he has seen that he was “miraded” but that he doesn't want to respond positively. Making him notice would be insensitive to everyone. (However, see below the mistake of failing to reply to a “mirada”)

The double "mirada" of the man

Sometimes two women are close one from another and the "mirada" attracts the attention of both. Both think they are solicited. Two options are then possible for the man:

If, in the previous situation, the men did not pay attention and he did the cabeceo anyway, he now has two invitations in parallel. It is always possible to try to “save the whole ship from going under" by staring at the person invited on the journey to join her. The uninvited person ending up perceiving it, she should have the elegance not to interfere in the process.

Sometimes a few indelicates (yes, they are always women in this case…) try to steal the invitation to the other woman by springing up and rushing to the man who approaches, faking the double invitation. It is the man reponsibility to ignore or turn away the cheater by focusing on the real invitee, always staring at her and her only.

It also happens that a woman sincerely believes she has been invited (on a double "mirada", due to the poor execution of the man) and presents herself to the approaching man.

This should not happen because the woman has to pay attention to the man approaching. As he has to stare at her, there is a moment when their eyes will disconnect because the invitation was not for her. But sometimes, due to lack of practice, some women do not realize and truly present themselves.

In such a case, the man should kindly explain to the non-invitee what just did happen and — perhaps promise her the next tanda but - continue with the person actually invited. A little tact should help to resolve this delicate and very rare situation.

ill choosing the time to make a "mirada"

It is important to make the "mirada" at an appropriate time. If the person is in big discussion with a friend, in intimate contact with his/her beloved one, reading his/her messages, having dinner, etc. It is obvious that the moment is not the right one. It is up to everyone to assess the situation.

Not replying to the "mirada" when you want to refuse

Apart from the obvious cases where the "mirada" cannot be seen (see the above cases), it is imperative to respond to the "mirada"s, especially when you want to refuse. Not responding is a mistake for at least two reasons:

Responding negatively solves both issues and relieves everyone.

Making a ’no’ with the head to refuse

The best way to refuse an invitation by "mirada" is:

The ‘no’ of the head must be reserved for stubborn people who do not understand well (or refuse to understand...) your initial refusal. Because the 'no’ with the head is not discreet, it is by nature insensitive. Avoid it whenever possible.

Insisting whereas there has been a refusal or when there is obviously no positive answer.

When the invitation has been refused, it is imperative to draw the consequences and to leave. Continuing to be posted and stare at the person is not very delicate, is not going to work in any way and will sometimes even force the person to move away because it is unpleasant to stand a continuous "mirada" for too long.

Of course, this assumes that the invitee did not make the mistake of not responding negatively to your "mirada".

Not using the "mirada" with people we know well

This means that we can be less sensitive to people we know well. It's possible, but why do it? The fact that we know the person doesn't mean that he/she always wants to dance with you.

If you do not refuse direct invitations, including the ones from your well known friends, you expose yourself to uncomfortable situations and you do not go in the direction of the group enlightenment. Somehow, you don't have people respect yourself and you are not clear in communicating your choices.

When, in spite of everything else, a direct invitation occurs, you have a chance to pass the message that you do not accept direct invitations, but you are also not obliged to be more unpleasant than necessary, except perhaps with an obnoxious and stubborn person. Inventing a little excuse is always a touch of tact toward the person inviting you.

Classic criticisms of the system

only men can invite: Women are reduced to wait passively.

False. The system is symmetrical. Both men and women can invite because the "mirada" is available to everyone. Women should learn how to do the "mirada": they are indeed allowed to use it to invite.

False. We saw that the system is symmetrical for invitations with the "mirada". Indeed the cabeceo is only initiated by men, but it is more of a risk than an advantage. The woman also (possibly) responds by a cabeceo but in second position which is much more comfortable.

Why bother with such a system: the direct invitation is easier.

First off, it is not necessarily easier. The direct invitation may be a problem for shy men or women.

Furthermore, the use of the "mirada" is more respectful for everyone: it is always more difficult to refuse a direct invitation than to look away: you have to justify yourself or be unpleasant to someone. And receive in return the expression of the frustration of the person getting the refusal. Sometimes, some men are so disrespectful with the woman they invite that they “avenge” on them by displaying their frustrations or by holding grudges.

Understanding and applying such a system reflects a conscious and respectful approach toward the invited person by integrating within the core of the invitation his/her right to refuse.

If women could invite, they would dance more.

Pointless. They can invite: just use the mirada. No guarantee of success, though, like men.

If women could invite verbally, they would dance more.

Uncertain. They would certainly receive more verbal refusal. And otherwise, the tandas that they would get would be not (or less) desired and therefore probably of poor quality; and if their approach is to say "I don't care at least I dance", they certainly don't deserve to get the tanda with you. 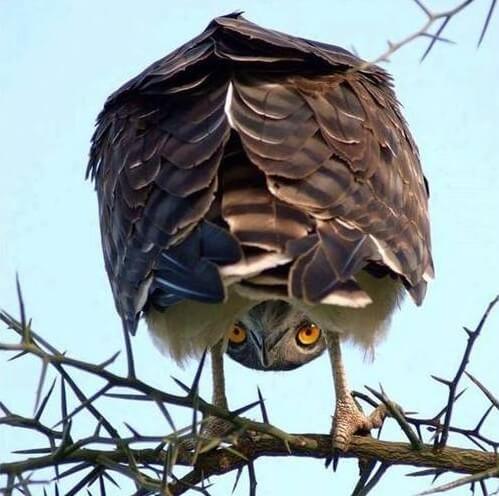 About Little handbook of the invitation by the mirada